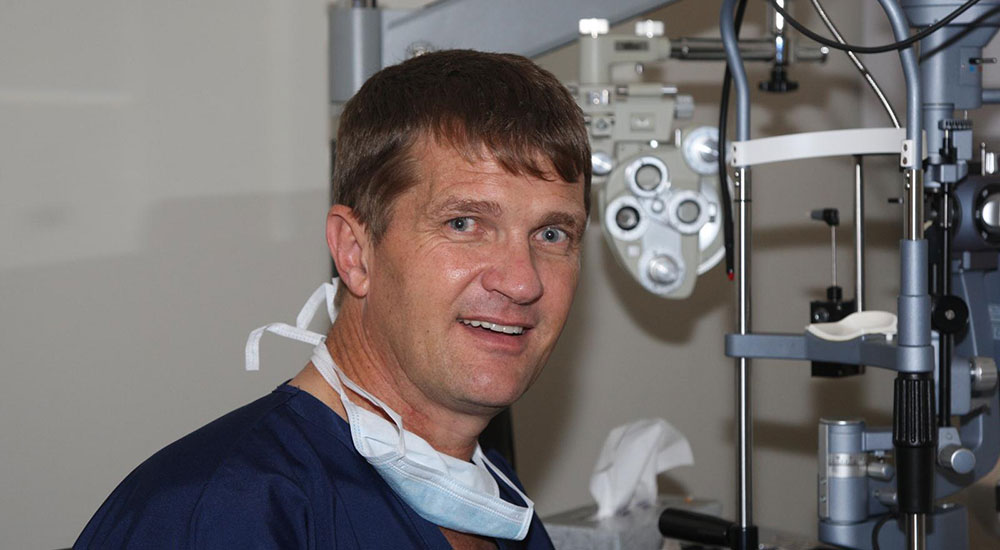 Dr Pierre Wassermann graduated in 1982 from the University of Pretoria obtaining the degree MBChB. He did his internship in the old Transvaal (Gauteng). After completing his national service with the SANDF, he gained experience in neurology and plastic surgery for three years at the Garankuwa Hospital before accepting a registrar post at the University of Witwatersrand in the Ophthalmology Department under the guidance of Prof. Welsh.

Dr Wassermann registered as a specialist ophthalmologist in 1990 with the HPCSA and moved to Zululand where he was consultant for the NPA Health Department and also founded his private practice in Richards Bay. In 1998 he opened a practice in Umhlanga and was the founder of the Lasersight Eye Laser Clinic.

Dr Wassermann has extensive experience in Cataract and Refractive surgery with patients visiting from all over the world.

Dr Wassermann has served on numerous committees, not only promoting eye care, but also facilitating services to the patients.